“From August 2004 through December of 2006 and August 2008 through August 2009, I served in an Infantry rifle platoon conducting combat operations in support of Operation Iraqi Freedom. There was never time to process the extreme violence and bloody filth during my combat tours in Iraq. From 2001 up through 2009 the Army seem to have no regard for screening Soldiers for Traumatic Brain Injury (TBI) after being involved in IED attacks as well as nothing effective for PTSD. If you were not bleeding, you were considered fine. Upon my return from my second deployment, there was more time to think and over 2 years of operations in Iraq flooded to the front of my mind. I chose to seek help through the US Army Behavioral Health System which turned out to be very poor treatment for Soldiers. They utilized video situations from the 1980s that outlined the depression of a suburban wife and her situations to “treat” Soldiers with possible PTSD in 2010. The Army’s approach was also to heavily medicate Soldiers with suspected PTSD issues. 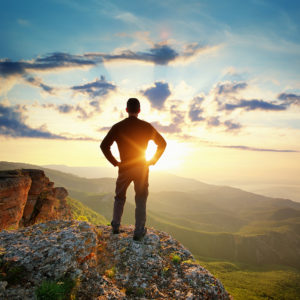 Reluctantly, I contacted the Army Once Source to find counseling outside of the Army medical system. I was referred to Dr. Janet Morgan in 2010, who at that time was serving as a counselor in Columbus, Georgia. The nightmares and difficulty sleeping were disrupting. It can be compared to watching a movie in “fast forward”, but the event had been real.

Her approach to evaluating Soldiers was “outside of the box” with regard to therapeutic treatment practices, but very effective in bringing the disruptive memories into focus  and an order that that could be dealt with, thereby addressing each memory of my experiences.  It was not a cure all because one cannot erase violent memories, but her methods provided a way to deal with PTSD, a wall to guide in complete blackness that one can keep their hand on and move forward.

I have a high regard for Dr. Morgan and her choice of treatment methodology for assisting Soldiers with PTSD.”

Let me Journey with you so you don’t feel alone…